Oceans globally face an additional 4,680 to 6,240 tonnes of marine plastic pollution, fuelled by the use of single-use PPE 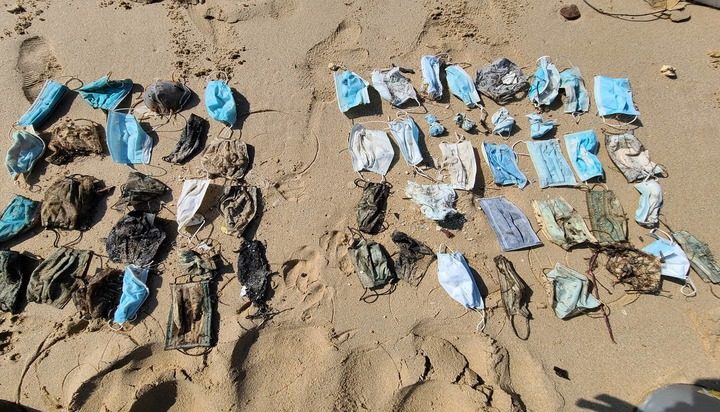 An estimated 1.5 billion face masks will be polluting the world’s oceans by the end of this year.

That’s according to a new report by the marine conservation organisation OceansAsia, which suggests oceans in 2020 face an additional 4,680 to 6,240 tonnes of marine plastic pollution because of the use of the masks.

According to the analysis, these masks will need around 450 years to break down – even then, they will take the form of harmful microplastics.

The report used a global production estimate of 52 billion masks being manufactured in 2020, a loss rate of 3% and the average weight of three to four grams for a single-use polypropylene surgical face mask to reach the findings.

Dr Teale Phelps Bondaroff, Director of Research for OceansAsia, and Lead Author of the report said: “The 1.56 billion face masks that will likely enter our oceans in 2020 are just the tip of the iceberg.

Gary Stokes, Operations Director of OceansAsia, commented: “Marine plastic pollution is devastating our oceans. Plastic pollution kills an estimated 100,000 marine mammals and turtles, over a million seabirds and even greater numbers of fish, invertebrates and other animals each year.

“It also negatively impacts fisheries and the tourism industry, and costs the global economy an estimated $13 billion (£9.7bn)  per year.”