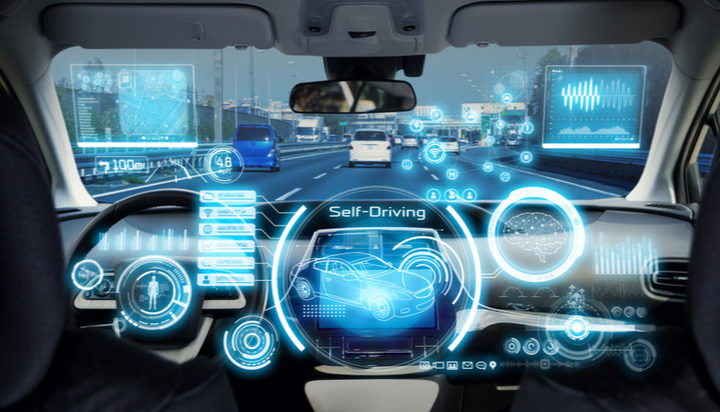 Fully autonomous cars designed to carry people and drive themselves through an Automated Lane Keeping System (ALKS) could be on Britain’s streets by the end of the year.

Once activated, the system keeps the vehicle within its lane, controlling its movements without the driver needing to do anything.

The technology aims to make driving safer, smoother and easier for motorists and the UK could become the first country to allow hands-free driving.

According to The Times, officials at the Department for Transport (DfT) told insurance industry chiefs that lane-keeping technology, which would allow drivers to check emails, write text messages or even watch a film, could be introduced in a few months’ time.

The report suggests the technology, which is not currently permitted on streets where pedestrians or cyclists are allowed, represents the third step in the five needed to see driverless cars on the roads.

However, the government has sought views on whether ALKS could be used at speeds of up to 70mph, which goes beyond the maximum operational speed permitted in the internationally agreed regulation.

Government is currently analysing responses to its call for evidence to understand how Automated Lane Keeping System (ALKS) can be used safely on the streets.

It is believed hands-free driving could reduce traffic jams, travel time and emissions.

A DfT spokesperson said: “We have sought views from industry and other stakeholders on the use of Automated Lane Keeping System (ALKS), to pave the way towards introducing it safely on UK roads.

“We are currently reviewing these responses and no decision has yet been made on whether to allow ALKS to operate up to 70mph.”

A few days ago, the US safety agency National Highway Traffic Safety Administration (NHTSA), which is part of the US Department of Transportation, finalised a set of regulations to make sure self-driving cars protect passengers the same way the other vehicles do.

According to these rules, the driver’s designated seating position must have smart airbags that can sense if a child is in the seat.

The findings also suggest Americans spent an estimated 6.9 billion hours in traffic delays in 2014, cutting into time at work or with family, increasing fuel costs and vehicle emissions.