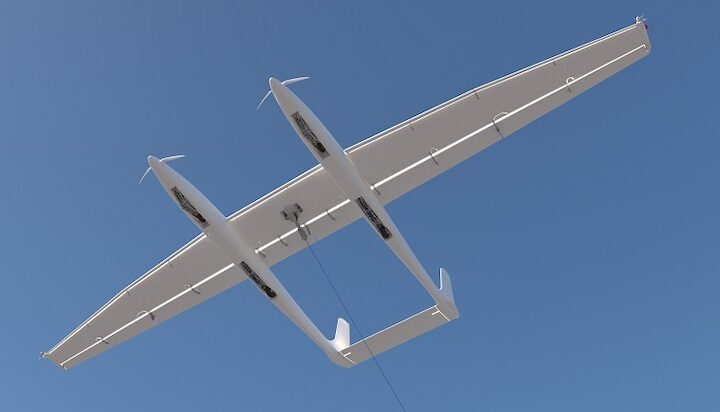 RWE has been granted planning permission to establish a test centre to investigate the potential of airborne wind energy technologies in Ireland.

It is setting up the test site in partnership with Ampyx Power, a Dutch company that is developing the innovative wind energy technology.

The system being tested by RWE consists of a ground-based winch generator, a launch and land platform and small aircraft-shaped device.

The device, which has a 12-metre wingspan, is connected to the generator by an ultra-strong tether – it draws the tether from the winch and produces electricity by acting against the resistance of the built-in generator.

Once the tether is fully extended, the device glides back towards the winch, as the tether is reeled back in. Retrieving the tether requires just a fraction of the electricity generated, resulting in net power production. This cycle is performed repeatedly, producing clean, low cost electricity.

Current airborne wind energy systems demonstrators have power output capacities of between 100kW and 200kW – according to RWE, developing this technology could further increase the potential output to megawatts.

“Our demonstration project will give us the opportunity to gain first-hand experience of the technology being developed and to build valuable relationships with the pioneers and innovators of airborne wind.”