The CCC will be shown a number of initiatives, including plans to retrofit social homes across Birmingham, Wolverhampton and Coventry and a visit to Tyesley Energy Park 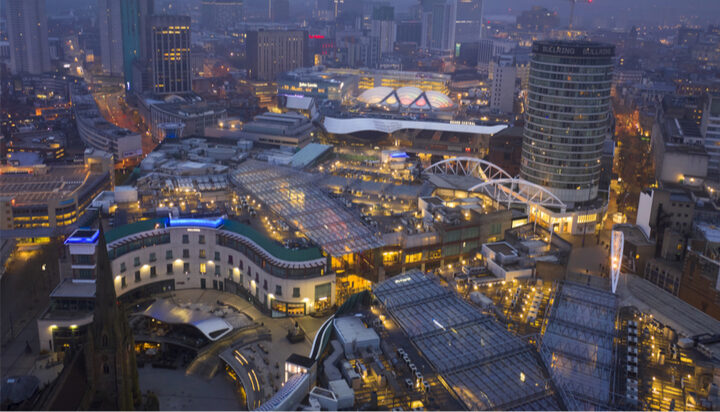 Birmingham has been selected as the first city in the UK to host the Climate Change Committee (CCC) this week to mark the start of the CCC’s “climate conversation” initiative.

The city’s plans to address the climate crisis will be discussed as the Committee meets with a range of groups, including college students, faith and business leaders as well as members of the city council’s cabinet and leadership team.

The CCC, chaired by Lord Deben, is an independent, statutory body, which advises the UK and devolved governments on emissions targets.

It also reports to Parliament on the progress made in reducing greenhouse gas emissions and preparing for and adapting to the impacts of climate change.

Lord Deben said: “It is great to be heading to Birmingham as we seek to learn more about delivering a fair net zero for the UK across the regions, local authorities and in communities.

“To reach net zero, the work of Birmingham City Council alongside all communities across the UK is key and we can’t do it without them. What we hear from these conversations will support and inform our advice to the UK Government published in June.”

The CCC will be shown a number of initiatives, including plans to retrofit social homes across Birmingham, Wolverhampton and Coventry and a visit to Tyesley Energy Park (TEP), which is set to become the energy, waste and transport nexus for Birmingham, showcasing how novel energy technologies can form an innovative industrial ecology.

The CCC will visit the site and see a demonstration of the council’s hydrogen bus fleet.

Cllr Ian Ward, leader of Birmingham City Council added: “Birmingham is committed to tackling climate change with ambitious plans to achieve net zero carbon status and the city council is determined to play a leading role in the city’s Route to Zero Emissions. To achieve this we must put carbon reduction at the heart of council services and decisions.

“Birmingham will become a city where our communities are levelled-up through better insulated homes, lower fuel bills, more reliable public transport. We’re one of the youngest cities in Europe so we need to be a city of new skills and opportunities, where we develop thousands of green jobs for current and future generations, where young people know they have a great future.

“The climate crisis is the single biggest challenge facing our city and we will work with everyone – our citizens, neighbourhoods and businesses – to build a greener, healthier, and fairer future for all.”