Increasing the EU’s 2020 greenhouse gas reduction target from 20% to 30% could create up to six million ‘green-collar’ jobs and trigger a massive investment boost. This is the conclusion […] 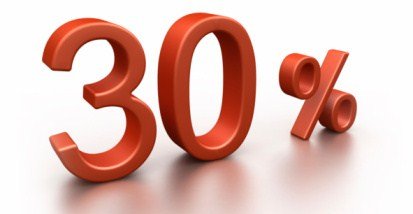 Increasing the EU’s 2020 greenhouse gas reduction target from 20% to 30% could create up to six million ‘green-collar’ jobs and trigger a massive investment boost.

This is the conclusion of a new report into generating growth and jobs in the low-carbon economy carried out by the Potsdam Institute for Climate Impact Research.

The study claims that the European economy could be shifted into a new “low-carbon equilibrium” through a decisive move to a domestic 30% emissions reduction target and independently of an international post-2012 agreement.

This, argues Potsdam, will set expectations for growth of the European economy at a higher level than now.

Report author Carlo Jaeger said: “In traditional economic models, reducing greenhouse gas emissions incurs an extra cost in the short term, which is justified by avoiding long term damages. However what we are showing here is that by credibly engaging on the transition to a low-carbon economy through the adoption of an ambitious target and adequate policies, Europe will find itself in a win-win situation of increasing economic growth while reducing greenhouse gases”.

“It is time for Europe to understand the opportunities and the challenges from the transition to a low-carbon economy. This study makes a compelling case for an increase of EU’s climate target to 30% that will strengthen the European economy.”

He added: “Until now, studies have worked on the basis that new resources to tackle carbon emissions would have to come from competing uses, and would therefore cost a small amount. This study is arguably more realistic in showing how green growth can create work for the unemployed and generate new income and prosperity.”