The UK’s legislative plans for the energy sector have been met with praise by EDF Energy’s Chief Executive. Vincent de Rivaz said the energy bill “did not disappoint.” The bill […] 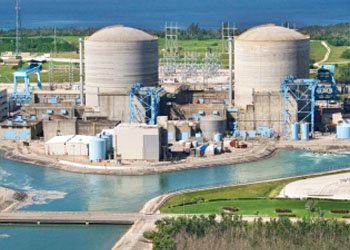 The UK’s legislative plans for the energy sector have been met with praise by EDF Energy’s Chief Executive. Vincent de Rivaz said the energy bill “did not disappoint.”

The bill aims to reform the electricity market by encouraging more investment in low carbon generation. The bill will also restrict the emissions power plants produce meaning low carbon technologies, such as nuclear, are likely to benefit.

Vincent de Rivaz said: “I warmly welcome the announcement that there will be legislation to reform the electricity market and that the timetable is being maintained… The budget showed this Government’s continuing commitment to carbon reduction and the Queen’s speech last week was an important milestone for the energy sector. It did not disappoint.”

The EDF boss spoke at today’s meeting of the Nuclear Development Forum (NDF), which brings together Government and industry stakeholders to secure the long-term future of nuclear power generation in the UK.

However, power firms RWE npower and EON walked out on their joint nuclear venture Horizon earlier this year, which asked questions of the future of nuclear and energy security.

Mr de Rivaz said there were still issues facing the industry: “When we talk about new nuclear in the UK, what we must have in common with potential acquirers of Horizon is the need to protect and nurture four precious attributes for the success of new nuclear in the UK:cross party consensus; widespread public acceptance; a strong, credible and independent safety authority; an engaged UK supply chain.”