Electric cars could leave a £13 million ‘hole’ in Treasury takings which could affect public finances, a new report warns today. As diesel and petrol cars get more efficient, needing […] 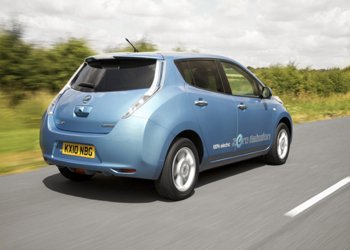 Electric cars could leave a £13 million ‘hole’ in Treasury takings which could affect public finances, a new report warns today.

As diesel and petrol cars get more efficient, needing less fuel and as electric vehicles become more popular, this could spell a “collapse” in Treasury income from motoring taxes, claims the report.

The RAC Foundation-commissioned report suggests future Chancellors of the Exchequer will have to grapple with a drop in fuel duty revenue from 1.7% of GDP now to 1.1% by 2029.

The projections by the Institute for Fiscal Studies also suggest vehicle excise duty (VED) revenue could fall by 0.4% to 0.1%.

Professor Stephen Glaister, director of the RAC Foundation said: “As drivers endure record prices at the pumps they might be surprised to learn that future governments face a ‘drought’ in motoring tax income.

“The irony is that while ministers encourage us to buy greener, leaner cars, they are being forced to look at ways of clawing back the money motorists think they are saving. This isn’t scaremongering. The Treasury has already announced a review of VED bands to ensure drivers make a ‘fair contribution’ to the public finances as cars become more fuel efficient.”

A possible solution to the tax hole could be to lift fuel duty by 50% or raise the basic rate of income tax by 3.5p, suggested the RAC.

The Treasury did not deny fuel duty rises could be on the cards in future, saying the independent Office for Budget Responsibility forecasts revenue from motoring taxes together to rise up to 2016-17.

The Government would be looking closely at the future development of the UK’s roads, said a spokesperson: “The Prime Minister has also asked the Treasury and Department for Transport to conduct a feasibility study on new ownership and financing models for the national roads system and report progress in the autumn.”