US wants to tax Chinese solar

The US Commerce Department is planning on slapping a tax on Chinese solar panel imports, reports claim. The move, which is likely to increase existing trade tensions, is aimed at […] 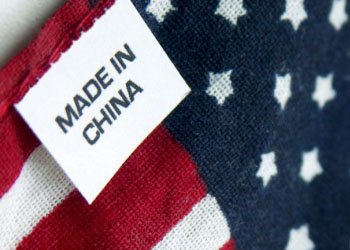 The US Commerce Department is planning on slapping a tax on Chinese solar panel imports, reports claim. The move, which is likely to increase existing trade tensions, is aimed at improving American competition.

The US Government said Chinese firms were “flooding” the American market thanks to being aided by their own Government subsidies.

However, many other solar firms are worried the preliminary ruling is threatening America’s solar future, spelling bad news for the green economy. A coalition of over 170 American firms has formed to fight the Commerce Department’s ruling.

Jigar Shah, the President of the Coaltion for Affordable Solar Energy (CASE) said: “SolarWorld received one of its biggest subsidies yet – an average 31% tax on its competitors. What’s worse, it will ultimately come right out of the paychecks of American solar workers. Fortunately, these duties are much lower than the 250% tax that SolarWorld originally requested. This decision will increase solar electricity prices in the US precisely at the moment solar power is becoming competitive with fossil fuel generated electricity.”

CASE argues the move to block Chinese imports is detrimental to global renewable goals and even threatens the 100,000 strong workforce in the American solar sector.

Shah added: “Ultimately, free global competition is good for American consumers and American workers. That’s why all of the major segments of the American solar industry, including solar manufacturers, have united to oppose SolarWorld’s reckless and hypocritical campaign to raise solar prices.”