India has potential for 89GW wind capacity by 2020

India could see around 5MW of new wind capacity installed every year, hitting 89GW by 2020 but it depends on the Government’s policies. It could help the country attract around […] 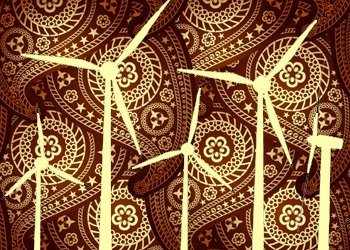 India could see around 5MW of new wind capacity installed every year, hitting 89GW by 2020 but it depends on the Government’s policies.

It could help the country attract around $16.5 billion (£10.2bn) of annual investment, create 179,000 jobs and save 179 tons of carbon emissions every year, according to a new report by the Global Wind Energy Council (GWEC), the World Institute of Sustainable Energy (WISE) and the Indian Wind Turbine Manufacturers Association (IWTMA).

The report also predicted India’s current installed capacity of 18GW could reach as much as 191GW by 2030. It suggested the nation’s potential could be reached if the right policies are put in place for renewable energy as well as significant improvements to the country’s grid.

Steve Sawyer, GWEC’s Secretary General said: “Power shortages and energy security are both critical issues for India’s rapidly growing economy. Wind is already cost-competitive with heavily subsidized fossil fuel-based energy in several Indian states and its competitive position will only improve over time. But we need effective national energy policy, coordination with states, investments in the grid and policy stability for wind power to fulfil its potential in India.”

India was the third largest wind power market in 2011 after China and US and fifth in overall installed capacity. Earlier this year India faced a two-day blackout, which affected more than 600 people and was claimed to be one of the worst in the world.