The European Commission is suing the UK for giving VAT breaks to energy saving measures, it announced yesterday, prompting UK groups to press the Government to fight the plans “tooth […] 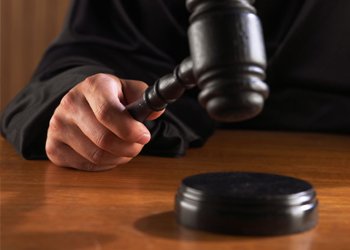 The European Commission is suing the UK for giving VAT breaks to energy saving measures, it announced yesterday, prompting UK groups to press the Government to fight the plans “tooth and nail”.

The Commission has threatened to refer the UK to the EU Court of Justice for months and finally did so yesterday.

The EU’s executive body claims cut-price VAT on energy efficiency measures such as installation “goes beyond what is allowed under the VAT Directive” but British ministers disagree.

Although EU law allows lower VAT for energy efficiency measures in houses as part of a social policy, the Commission is challenging the UK’s broader application of the tax break.

If the EU gets its way, it could threaten the Green Deal and when news of legal action first broke last summer, UK Energy Minister Greg Barker said he would “fight” to protect the energy efficiency scheme. It relies on a “Golden Rule” stipulating the cost of energy saving measures must be covered by the payback on energy bills.

The Commission said it is “aware” of the Green Deal link to improve the efficiency of buildings but says though it “supports” the aim of the scheme, it “does not believe that breaking EU VAT rules will help in achieving these objectives”.

UK industry figures were astounded by the Commission’s “extraordinary” plans.

Andrew Warren, Head of the Association of the Conservation of Energy said: “This decision from the Commission is extraordinary. The UK government has been providing lower rate VAT on relevant energy efficiency goods and services for over a decade. It is a complete mystery as to why they should after so many years be trying to quadruple VAT rates. Our government needs to fight this tooth and nail.”

The Commission suggested yesterday that “direct subsidies” would be more effective in helping homes become more efficient because they can target the people who need it most.

However analysts believe the ‘Golden Rule’ is unlikely to be too affected but trouble could be in store for energy saving measures themselves.

Jonathan Main, head of PricewaterhouseCoopers’ UK environmental taxes practice said: “It is worth noting that this won’t affect the ‘golden rule’… as Green Deal Plans are financed on the basis of the energy savings that can be made.”

He added: “If the European Court were to force an increase VAT rate from 5% to 20% on a range of energy saving materials, this would be bad news for consumers, who would have to pay more to make their houses more energy efficient… this could make funding more expensive and may mean that energy saving improvements would not be fully funded through a Green Deal plan.”

A spokesman for the Treasury said: “We remain of the view that the reduced rate for ESMs (energy saving materials) within residential buildings is within the scope of what is allowed under the VAT Directive.  However, the Government has announced its intention to withdraw this reduced rate from buildings used solely for a relevant charitable purpose as part of Finance Bill 2013.”