Prison is no bar to wind power

Public sector organisations like prisons could cut bills by having wind turbines built on their land, according to a renewable energy developer which has plans for up to 500MW of […] 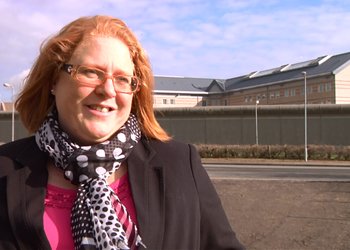 Public sector organisations like prisons could cut bills by having wind turbines built on their land, according to a renewable energy developer which has plans for up to 500MW of energy projects in the UK.

With roughly 10-15% of all land in the UK owned by the public sector, very little of it is currently being used by energy projects, according to Stephen Ainger, the chief executive of Partnership for Renewables.

Last week his firm opened a wind farm on the Isle of Sheppey in Kent, next to three prisons known as the Sheppey Prisons Cluster, with co-operation from the Ministry of Justice.

At the recent launch of the wind turbines, he told assembled local dignitaries: “This is the first wind farm in partnership with a public body… The Ministry of Justice were the first to see the potential of the concept of the development of wind farm and renewable projects on the public sector estate and they provided a lot of support and encouragement through the process.”

The three Sheppey prisons spent nearly £2million on utility bills last year including a sizeable chunk of more than £140,000 added on from the cost of the Government’s carbon taxes.

Sarah Coccia (pictured), the Governor of Standford Hill Prison who is responsible for the budget of all three prisons on the island believes this is why it’s “necessary” for the public sector to work with renewable energy.

She told ELN: “To house 3,000 prisoners on three separate prisons is a huge energy cost and so we need to look at different ways of achieving a cheaper outcome for all of us, for the taxpayer certainly. But also can we reduce our carbon footprint generally?

“With huge energy bills, big utility costs and carbon charges, the carbon tax, all those pressures on different elements of the public sector, it’s very important that we look at different ways of getting the energy at a lower rate.

“I’m hoping it will make a real difference to the pressures that I have running a public sector budget,” she added.

The local MP Gordon Henderson for Sittingbourne and Sheppey has supported the wind turbines all the way – unlike some fellow Tory MPs such as Chris Heaton-Harris who has actively campaigned against wind power. For Henderson, the “priority” for renewable energy is to stop the UK’s dependency on foreign energy sources.

He believes the UK shouldn’t just rely on oil from the Middle East, gas from Russia and nuclear power from France.

Mr Henderson told ELN: “It’s good to have renewables to do something for the environment, I accept that. But I think from a Government point of view, the first priority is to ensure energy security so people have actually got energy in the first place.

He added that as an MP he is normally “the first” to hear of any bugbear about local issues: “I haven’t had a single complaint about the construction work taking place. There’s been a couple of comments about the fact that now they’re built they’re an eyesore [but] you’re always going to get that.”

While Governor Coccia also says the prison has taken on the new turbines as “part of their identity”.