UK needs a ‘Plan B’ if new nuclear plans fail

UK Ministers need to stop “crossing their fingers” and urgently develop a “Plan B” to meet climate change targets if new nuclear power stations are not built on time. In […] 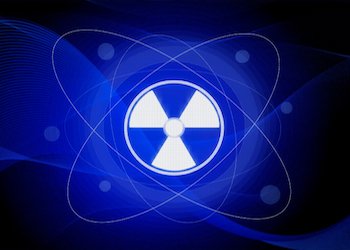 UK Ministers need to stop “crossing their fingers” and urgently develop a “Plan B” to meet climate change targets if new nuclear power stations are not built on time.

In a new report published today, the Energy and Climate Change Committee said nuclear power could play an important role as a low carbon technology to help the country meet climate targets and create a secure energy future. However, all but one of the existing power stations are due to close by 2023 and new build is crucial but the Committee has warned that failure to do so could make it “much more expensive” to meet our climate targets and have a “lesser impact” on energy security.

Tim Yeo MP, Chair of the Energy and Climate Change Committee said: “If new nuclear power stations are not built on time, our legally-binding climate change targets will be extremely challenging and much more expensive to meet. The Government seems to be crossing its fingers that private companies will deliver a fleet of new nuclear power stations on time and on budget. Ministers need to urgently come up with a contingency plan in case the nuclear industry does not deliver the new power stations we need.”

The industry has currently set out plans to develop up to 16GW of nuclear power in the UK by 2025 but the Committee is concerned if all the projects will be delivered. Mr Yeo says the Government needs to give investors the confidence as unlike gas-fired power stations, nuclear stations are expensive to build but cheap to operate but it should also provide value for money for UK consumers.

He added: “Locking consumers into paying prices for nuclear power that are unacceptably higher than prices paid to renewables or carbon capture and storage projects would be wrong. It is disappointing that there is still so little transparency about the on-going negotiations between the Government and developers of new nuclear power stations. Government needs to provide more clarity about exactly what forms of support new nuclear projects will receive and whether consumers, taxpayers or project developers will have to cough up if construction costs end up being higher than anticipated.”

The Nuclear Industry Association (NIA) agreed climate targets cannot be met without nuclear energy in the mix. Chief Executive Keith Parker said: “No-one knows the future of gas prices but as a domestic source of clean, reliable electricity, nuclear is essential to reduce dependence on imported fossil fuels. Nuclear will help to create long-term price stability and provide an insurance policy against future price shocks and security of supply issues.”

Energy Minister John Hayes welcomed the report and said the Government is determined to see new nuclear play a role in the nation’s future energy mix.

He said: “We are working to make the UK one of the most attractive places in the world to invest in new nuclear… We’re focused on bringing forward this investment but also getting the best deal for the consumer. There will be transparency over the terms of any Investment Contracts, offered to developers of low carbon electricity generation, including new nuclear developers – and details will be laid before Parliament.”

According to DECC statistics, around 19% of the UK’s electricity generation is from nuclear power.