Members of the European Parliament today rejected a crucial measure to stop a flood of allowances for carbon emissions sweeping the market. MEPs voted against ‘back-loading’ carbon permits, which would have […] 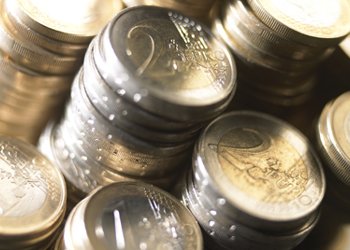 Members of the European Parliament today rejected a crucial measure to stop a flood of allowances for carbon emissions sweeping the market.

MEPs voted against ‘back-loading’ carbon permits, which would have withheld 900 million permits from the EU’s flagship Emissions Trading Scheme and helped prop up the price of carbon.

Firms in large energy intensive industries working in Europe such as steel-makers have to buy carbon allowances to counter their emissions under the EU ETS. Currently the price of a carbon permit has been reduced to small change compared with the price hoped for when the scheme began. It is so low it makes coal power relatively cheap and gives less incentive to green investment.

Uncertainty cause by the MEPs’ vote could now make it tricky for firms deciding where to invest, an international business group said this afternoon.

Dirk Forrister, President & CEO of the International Emissions Trading Association which represents the manufacturers Alstom and Mitshubishi as well as energy firms BP and Shell said: “The Parliament’s vote to reject the backloading proposal today failed to provide the needed political signal for improving the EU ETS.

“We urge European policy makers to promptly and openly commit to the future role of the EU ETS, including its central position in European climate policy.”

The decision is likely to distress UK politicians such as Energy Secretary Ed Davey who last week stated the current low carbon price, caused by the over-supply of allowances “risks damaging growth and investment in green technologies”. Today the Government said it was “disappointed” by the vote.

It is likely some Tory MEPs were among those who voted against the measure expressly against the wishes of Prime Minister David Cameron who was said to be in favour of the policy.

Environmentalists partially blamed them for their failure to give a green light to the major reform.

Joss Garman, Greenpeace UK’s political director said: “This vote in the European Parliament will lead directly to a major jump in emissions from coal burning across the continent and David Cameron’s MEPs must bear their share of the responsibility. They voted with some of Europe’s more unsavoury political parties to kill a proposal that would have resulted in a reduction in pollution.”