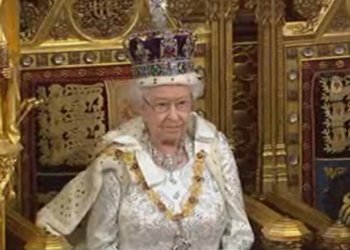 Concerns over more delays to energy market reform came close to confirmation today when the Queen made her annual visit to the House of Lords to announce the year’s key policies without the report stage of the Energy Bill materialising.

The Queen’s speech this morning lightly touched on energy, focusing on other issues such as immigration and welfare reform, despite the looming prospect of blackouts in the next four years as predicted by several experts.

The bill has already been carried over from the 2012-13 parliamentary session to next year and is not likely to reach Royal Assent until 2014.

Barry Gardiner, Labour MP suggested last week it was a travesty the next set of energy legislation has been delayed beyond the Queen’s Speech.

He told ELN the industry is in the “deeply unsatisfactory situation” where Parliament’s Energy Select Committee has asked for energy efficiency measures to be included in each new version of the bill it has seen, without success.

Now the assumption is they’ll see energy saving measures included at report stage shortly after the Queen’s speech, he added: “I hope the Government tables some amendments to the bill on energy efficiency.”

Some major energy users echoed the MP’s comments, wishing that clearer plans for reducing energy demand were on the table.

Fergus McReynolds, Senior Climate & Environment Adviser at EEF, the manufacturers organisation said: “Attempts to overcome barriers to energy efficiency are welcome but should not have been taken forward through amendments to the Energy Bill.

He added: “Market wide measures for energy efficiency would be extremely complex to both design and a one size fits all approach will not overcome the specific barriers manufacturers face. Government must now ensure that the programme delivers real added value for the UK economy and that the scheme developed has robust measurement and verification.”