Plans to even out how much energy generators pay to use the transmission network in different parts of the country were given a nod of approval from Ofgem today. At […] 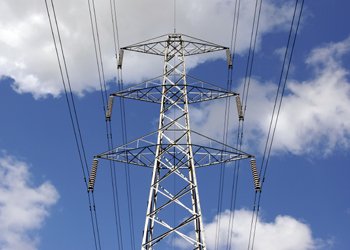 Plans to even out how much energy generators pay to use the transmission network in different parts of the country were given a nod of approval from Ofgem today.

At the moment National Grid charges all generators across Britain to use the transmission network in the same way. Some renewable energy firms have complained the charges for projects with wind turbines are too high because they don’t use transmission lines as often as conventional coal and gas plants.

Now the regulator has announced “it is minded to approve” a change to the way the charges are calculated, with a proposal the change comes into effect on 1 April, 2014.

This would be a slight rejig of the existing “locational” method of handing out charges, which has seen generators in the North of England paying more than those in the South, especially in remote areas such as Scotland which is a hotspot for wind farms.

While generators will still pay more for remoter areas, this difference will “narrow” according to Ofgem.

In a statement, the regulator said: “Tariffs in the north will decrease whilst tariffs in the south will increase relative to the status quo. For example, indicative industry modelling suggests that in 2014 wind generators in the north of Scotland may pay on average £13 per kilowatt (/kW) less than under the current methodology for access to the main transmission network and those in south west of England may pay £5/kW more.”

By the time we reach 2020-2030, consumer bills could be as much as £8.30 lower than under the current charging system, Ofgem said, referring to figures it was given by industry.

A spokesperson for Ofgem told ELN this doesn’t mean National Grid will earn less from the transmission network but compared the charges to a “cake” with slices – that is, charges – more evenly shared out among generators.