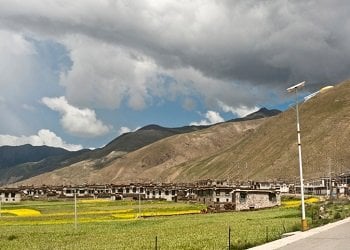 China has started work on the “world’s highest” wind farm located around 4,900 metres above sea level in Tibet, reports claim.

The firm is believed to have designed the turbines to handle extremely low temperatures, low air density and high wind speeds. The wind farm will have a total installed capacity of 15MW and help tackle power shortages in the region.

Reports suggest the project is scheduled to be connected to the grid by the end of the year.