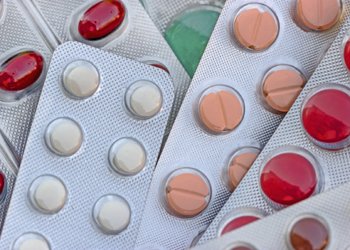 Pharmaceutical companies often have a mixed reputation in the public eye – but they could be set for a reprieve on the environmental front with a new tool charting their carbon footprint.

What’s more this could have a knock-on effect for hospitals desperately trying to reduce their emissions.

Yesterday the Carbon Trust and Association of the British Pharmaceutical Industry (ABPI) have launched a data-crunching tool to work out the carbon footprint of medicine packets.

It will assess the whole lifecycle of a tablet medicine in blister packs – commonly used for many drugs such as aspirin or ibuprofen – including how they are made, the transport and distribution of medicine and how the packaging is disposed.

The aim is to pinpoint carbon ‘hotspots’ through an entire product portfolio, according to the ABPI’s chief executive Stephen Whitehead.

He said: “The development of this tool forms part of the ABPI’s commitment to help its members to identify carbon hot-spots for products and areas for potential carbon footprint reduction. These may include raw materials manufacture, selection of materials and transport.”

The NHS believes hospitals could eventually benefit from the move.

Sonia Roschnik, head of the NHS Sustainable Development Unit said: “It adds real value to the body of evidence emerging around the carbon footprinting of pharmaceutical products which account for approximately 20% of the NHS carbon footprint. This tool should be useful to manufacturers, commissioners and providers to start highlighting carbon hotspots and to target work to reduce emissions further.”

Cost is also one of the motivating factors for pharmaceuticals, said Hugh Jones, Managing Director for Business Advice at the Carbon Trust, adding: “There is an increasing awareness among pharmaceutical companies that emissions outside their direct control can represent opportunities to improve cost efficiencies and reduce emissions.”