EDF Energy opened a new offshore wind farm and a gas power station yesterday. The double christening is a sign of times to come, with gas power expected to eventually […] 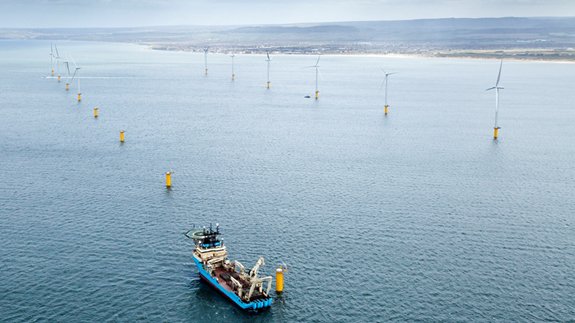 The double christening is a sign of times to come, with gas power expected to eventually make up a large chunk of baseload power to back up wind energy in the UK.

Teeside has 27 turbines producing 62MW of electricity, enough to supply all the homes in Redcar, Marske and Saltburn.

The power station at West Burton in Nottinghamshire is EDF Group’s largest single capital investment project in the UK so far. Its capacity of 1,300 MW is enough to supply 1.5 million homes.

Minister for Energy Michael Fallon said: “Opening two new energy generating projects is proof that the UK is a strong focus for new energy investment and the best place in the world to invest in offshore wind. These projects will create hundreds of local jobs in the North East and Nottinghamshire, boosting long-term growth. The home-grown energy they produce will also help to reduce our reliance on expensive imports.”

Vincent de Rivaz, CEO of the firm’s UK supply arm EDF Energy said: “Our investments in West Burton and Teesside have helped build the UK’s industrial strength… [They] have created many more jobs in both regions and will also develop skills and capabilities crucial to supporting the UK’s energy infrastructure for decades to come.”