Organisers behind the electric car’s answer to F1 have signed a deal with a carbon capture company to cut the emissions of the racing series. The first ever Formula E […] 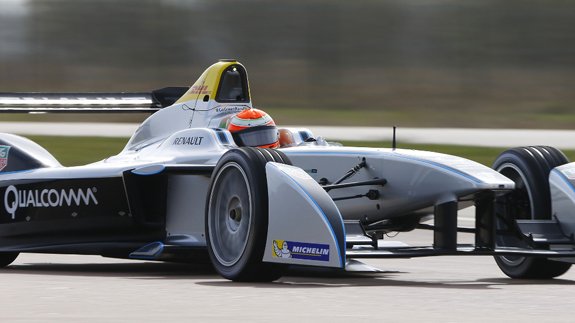 Organisers behind the electric car’s answer to F1 have signed a deal with a carbon capture company to cut the emissions of the racing series.

The first ever Formula E race kicks off in Beijing this September and will tour 10 cities around the world including London and Buenos Aires.

The company uses left-over heat as energy to capture carbon dioxide from the atmosphere. It is then stored in underground formations.

Enrique Bañuelos, Chairman of the Board of Directors at Formula E added: “This partnership between Global Thermostat and Formula E is a natural one, as the core beliefs and goals associated with both companies are the same: reduce atmospheric carbon emissions and progress the dialogue towards a sustainable future. It is our intention to bring carbon negative solutions to the hearts of the host cities around the world.”

Earlier this month it was announced all five of Formula E’s pre-season trials at Donington Park will be open to the public for free, if they register online in advance.