Radioactive waste from decommissioned Royal Navy nuclear-powered submarines will be stored in Cheshire. The Ministry of Defence (MOD) announced Capenhurst Nuclear Services will be responsible for storing the Reactor Pressure […] 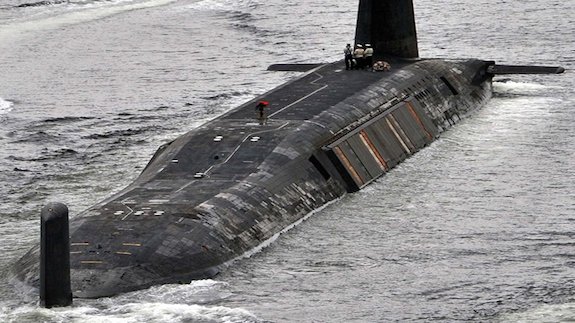 Radioactive waste from decommissioned Royal Navy nuclear-powered submarines will be stored in Cheshire.

RPVs are thick steel containers that held nuclear fuel when the reactor was in operation.

The site will store these on an interim basis until permanent disposal in a UK Geological Facility, led by DECC, some time after 2040.

The MOD has 19 former Royal Navy nuclear submarines currently stored afloat in Devonport and Rosyth but they can only be completely dismantled once the radioactive material and components have been safely removed.

Defence Minister Philip Dunne said: “When submarines in the Royal Navy fleet reach the end of their lives, we need to dispose of them in a way that is safe, secure and environmentally sound.

“With Capenhurst as our recommended site, we know that the radioactive waste from our decommissioned submarines will be dealt with properly and responsibly.”