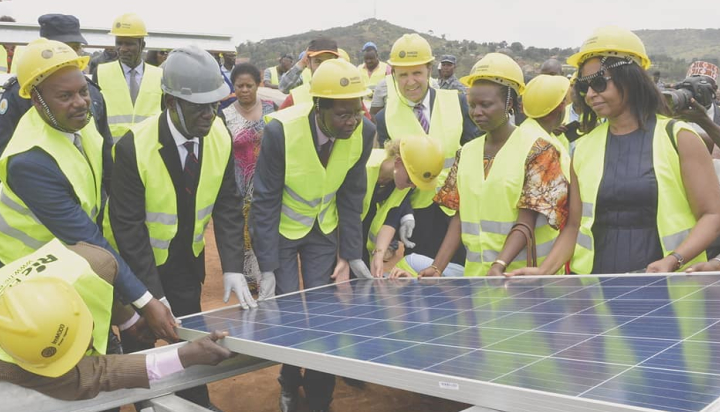 Image: Office of the Vice President of the Republic of Uganda

Uganda is celebrating the completion of a new 24MW solar farm in the south of the sub-Saharan nation.

The $25 million (£19.6m) Kabulasoke Solar Power Park, which has been developed by a consortium made up of of Great Lakes Africa Energy (GLAE), Xsabo Power Limited and Uganda Electricity Transmission Company Limited, has completed vital critical commissioning tests.

It is expected to be officially commissioned on the Ugandan power grid in the next few days, after which power will be able to be distributed to consumers – many of the people that will receive the electricity have previously relied on polluting kerosene generators and other expensive and unreliable sources of power.

The project will serve a population of more than five million in rural Uganda and facilitate carbon savings of more than 21,000 tonnes.