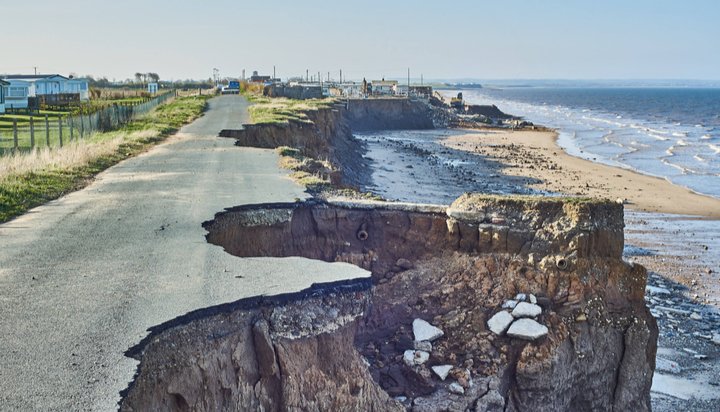 Rising sea levels will affect the lives of one billion people around the world by 2050.

That’s according to a new report from the Intergovernmental Panel on Climate Change (IPCC), which suggests climate change causing ice caps and glaciers to melt will have severe consequences for many of the planet’s coastal regions.

It suggests flooding, extreme weather and erosion will become much more frequent and notes some areas, such as islands and regions below sea-level, could even become entirely submerged.

Global warming caused by greenhouse gas emissions has already risen above pre-industrial levels by 1°C – the IPCC report claims even if emissions are sharply reduced and the heating of the atmosphere is limited to well below 2°C, sea levels could rise by around 30-60 centimetres before 2100.

It warns if greenhouse gas emissions continue to increase strongly, this figure could reach around 60-110 centimetres.

The report says it is vital for the world to take “timely, ambitious and coordinated action” to address climate change and its damaging consequences for the oceans and cryosphere, which refers to the frozen part of the planet.

The IPCC believes these people will be particularly at risk to flooding, storms and other damage as the frequency of extreme sea level events rises – events that occurred once per century in the past are expected to occur every year in many regions by 2050, making some areas uninhabitable.

Ko Barrett, Vice-Chair of the IPCC, said: “The world’s ocean and cryosphere have been ‘taking the heat’ from climate change for decades and consequences for nature and humanity are sweeping and severe. The rapid changes to the ocean and the frozen parts of our planet are forcing people from coastal cities to remote Arctic communities to fundamentally alter their ways of life.

“By understanding the causes of these changes and the resulting impacts and by evaluating options that are available, we can strengthen our ability to adapt.”