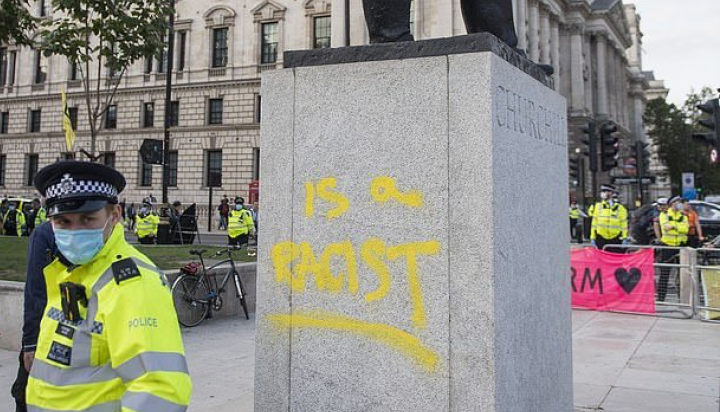 The Metropolitan Police have arrested a man suspected of vandalising a statue of Sir Winston Churchill in London’s Parliament Square during an Extinction Rebellion protest yesterday.

During the climate protest, a group of semi-naked protesters chained themselves to railings to draw attention to the climate emergency.

The group demands the government tells the truth about climate change, takes action to act now and sets up citizen’s assemblies to chart a path forward – they say protests will keep happening until their demands are met.

MetPoliceEvents tweeted: “We have arrested a man in Parliament Square on suspicion of causing criminal damage to the Winston Churchill statue.”

The force’s Twitter account added: “Specialist officers at Parliament Square are working to remove a road blockage by #ExtinctionRebellion.

“Officers have so far arrested 648 people while policing recent #ExtinctionRebellion protests in London.”