It is the nuclear industry’s job to take on the cost of financing extra safety measures. This is the view of the the UK’s Chief Inspector of Nuclear Installations in […] 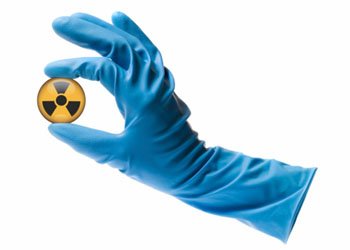 It is the nuclear industry’s job to take on the cost of financing extra safety measures. This is the view of the the UK’s Chief Inspector of Nuclear Installations in the wake of his official report into the lessons to be learned from the Fukushima nuclear disaster in Japan.

Dr Mike Weightman, who also heads the Office for Nuclear Regulation, recommended 38 areas to be acted on as part of his review of the Japanese crisis, although he asserted that there were “no fundamental safety weaknesses” in the UK industry.

At a press conference to announce the final safety report, which followed his preliminary report in March earlier this year, Dr Weightman emphatically shot down any suggestion that the safety requirements would be watered down by the nuclear regulator to keep costs down for UK nuclear investors.

The Chief Nuclear Inspector told ELN: “The industry has to make its own mind up about the financing. I find to my mind that this quest for improvement must never cease.”

Asked which of the 38 suggestions was most important, he said: “These are one set that match together. They’re all about a safety culture. I would wrap them all in the same envelope.”

EDF Energy, a major investor in the UK’s new nuclear with plans to build four plants by the end of the decade, responded optimistically to the new safety measures.

Chief Executive Vincent de Rivaz said: “We will review [Dr Weightman’s] findings in detail and build them into our plans. We have already committed to implementing his recommendations for us in full. We invest more than £300 million a year in our nuclear fleet. As a result of Fukushima we will invest even more.”

He added that the French firm had already put in place enhanced back up measures in their existing UK plants for electrical equipment and given staff refresher training sessions.

It remains to be seen what the full cost of the safety requirements will be, as Dr Weightman said: “Others will [work out the price tag] for their own requirement. But the industry will do what it takes to address them. I will seek to fulfil my duty to the people of the UK.”