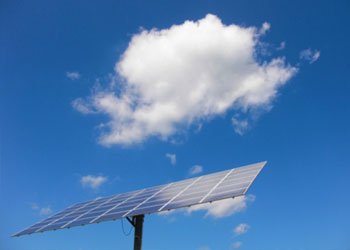 A group of solar manufacturers have denounced the recent decision by DECC to cut the Feed-in Tariff for solar PV by the 12th December and say they will launch legal proceedings because of the damage caused to business.

On the 31st October DECC announced they would introduce a new tariff for schemes up to 4kW in size of 21p/kWh, down from the current 43.3p/kWh. The industry has voiced its displeasure and claims such a short period of notice is “illegal, irrational and unreasonable.”

Jeremy Leggett Chairman of Solarcentury said: “It is profoundly depressing that the greenest Government ever has after just 18 months launched such an assault against a growing industry employing 25,000 people. I would much rather be helping to create many more “Big Society” jobs than taking the Government to court but sadly they leave us no choice. The banks get eight years to change, we get less than eight weeks.

“We are urging other companies to get involved in the consultation process. If they were to get away with this the consequences will go way beyond the wider PV sector. What low carbon industry investor or company will be able to trust the Prime Minister, Mr Huhne and Mr Barker ever again?”

SolarCentury say many large contracts have been cancelled following the announcement. These include major projects for Housing Associations and Local Authorities which were planned to be completed by 31st March 2012, the original tariff change date.