Tanker strike would be ‘huge distraction’ for economy

The Freight Transport Association is criticising plans for a tanker strike, warning of the negative effect it could have on the growth of the UK’s economy. The union Unite today […] 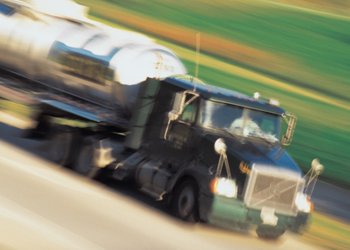 The Freight Transport Association is criticising plans for a tanker strike, warning of the negative effect it could have on the growth of the UK’s economy.

The union Unite today asked its members to vote on whether to take industrial action over pay cuts and unfair changes to terms of employment. This afternoon workers voted in favour of the strike action.

James Hookham, Managing Director for Policy at the haulage trade body told ELN earlier today: “Fuel is the lifeblood of the economy. This is the last thing we need right now on top of all the pressure businesses face.”

He claimed it would be a “huge distraction” for businesses “to try and find fuel” if a strike happens, at a time when there are a few signs the economy could be getting back on its feet after the Chancellor’s Budget last week.

“Threats to fuel supply” could badly hit the utilities, oil and gas sectors if a strike took place, suggested Mr Hookham: “Think of the jobs those sectors do: from repairing and monitoring power outages, to monitoring infrastructure and telecoms – these all require a transport fleet.”

However he added a “big lesson” had been learnt from the fuel blockade in September 2000, hailing the Government’s contingency plans to train army personnel as “very good news”.

Many of the FTA’s members are businesses which refuel from commercial bunkers, rather than public forecourts or supermarkets, so it hopes the government has taken this into account too, said Mr Hookham.

Suggestions the strike could hit over the Easter weekend were probably “premature”, he added, given the union needs to give at least seven days’ notice of industrial action, as well as the possibility they may come back to the negotiating table even after the ballot goes in favour of strike action.