The Government has “blown it again” in the solar sector, according to campaigners who are cross with the Energy Secretary Ed Davey for failing to say when the next round […] 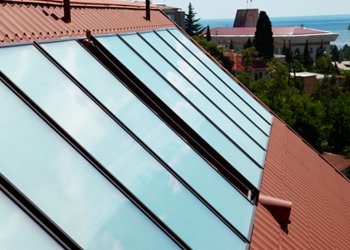 The Government has “blown it again” in the solar sector, according to campaigners who are cross with the Energy Secretary Ed Davey for failing to say when the next round of cuts to the solar Feed-in Tariff (FiT) will take place.

Yesterday in Parliament the Energy Secretary hinted the date for the FiTs cut might be “tweaked” but would not confirm any details.

He was forced into making the admission after solar firms claimed DECC has missed its legal deadline to introduce a cut to the solar subsidy scheduled for 1 July.

It follows pressure from industry groups to push back the FiTs cut. Cut Don’t Kill, the campaign group which has been an outspoken critic of the Government’s handling of the solar FiTs subsidy, said in the last week there were only 900 solar panel installations across the UK, which is “not enough” to support the 4,000 firms in the industry.

Howard Johns, spokesman for the Cut Don’t Kill campaign told ELN: “On the one hand everyone’s excited because this should be good news. On the other, it’s very disappointing. The Government had the perfect opportunity this morning to say it will delay the cuts.”

Mr Johns said they would still be pushing for a delay to the cuts to October at the earliest, which he said would help settle the sector.

Others such as the Solar Trade Association were less disappointed. Its Chief Executive Paul Barwell welcomed the signal the cuts would be delayed, saying he was pleased the Government is “listening to industry concerns”.

DECC could not confirm when the FiTs cut would come. A spokesperson said: “Having listened carefully to the industry we are reviewing the date for the next reduction in solar tariffs and will be making a fuller announcement shortly.”