The start of the UK’s smart meter roll-out is being put back to 2015 with an announcement on the change possibly due tomorrow, ELN understands. The country’s six largest energy […] 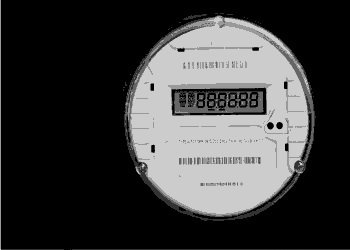 The start of the UK’s smart meter roll-out is being put back to 2015 with an announcement on the change possibly due tomorrow, ELN understands.

The country’s six largest energy firms have been tasked by the Government to put smart meters in 53 million homes and businesses by 2019. Trials in some areas have put smart meters to the test and the full roll-out was meant to begin in 2014.

However ELN has heard from sources that the Big Six met with Government officials to say they need more time.

It seems DECC is also looking to buy more time for the roll-out deadline, hoping to push it back by 12 months to 2020.

Questions still remain over the baseline technology which smart meters will have to conform to while other practical issues must be considered, such as how to access electricity meters in tricky parts of people’s homes such as awkward cupboards or tucked away in cellars.

Industry is also waiting on a decision about who could take up the role of the Data & Communications Company (DCC), dealing with all the information sent from smart meters. This central communication provider could be anyone from energy regulator Ofgem to so-called ‘telco’ firms like BT or O2.

DECC did not confirm the announcement later this week but said in a statement: “We published our updated smart metering programme plan in December 2012. Within this, we committed to review timescales in the first half of 2013. We will be publishing the outcome of this work shortly.”

The news comes at a difficult time for the Department which is locked in a battle with the Treasury for cash to back renewable energy at the same time as shepherding through Parliament reform of the electricity market. Last week rumours surfaced that the second senior official in only a few weeks will be resigning.