Fuel poverty gap rises to £438 for households in England

Householders struggling with energy costs face a gap of £438 between their bill and what they can afford to pay – largely due to a rise in energy prices, the […] 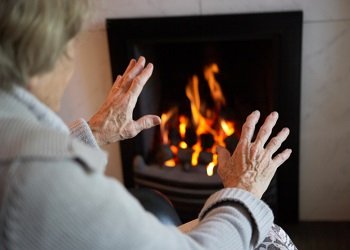 Householders struggling with energy costs face a gap of £438 between their bill and what they can afford to pay – largely due to a rise in energy prices, the Government has revealed.

The figure – an increase of almost £200 a decade ago – was calculated by DECC based on 2011 statistics under the new proposed definition for fuel poverty announced in July this year.

The Government said a household would be deemed fuel poor if total income (taking into account energy costs) is below the poverty line and energy costs are above average.

Those in fuel poverty in England faced bills totalling £1.05 billion more than they could afford, up from £606 million in 2003.

Energy Minister Michael Fallon said: “This new, better targeted definition will help get support to the most vulnerable in society. Two million households received cuts to their bills last winter under the Warm Homes Discount, and the budget will continue to increase each year, up to £320m for 2015/16.

“We are pressing the Big Six to make sure the poorest households aren’t stuck on expensive tariffs, to simplify their rates and make it easier to switch.”

The report also found around 2.39 million homes in England were fuel poor in 2011, representing 11% of the population and a decrease of around 84,000 homes since 2010. DECC said the slight fall could be due to “a reduction in energy use, through improvements in energy efficiency of housing”.