When opportunity knocks, so the saying goes, you’d be unwise to ignore the rap on the door. Unfortunately under one of the Government’s new electricity market schemes the opportunity to […] 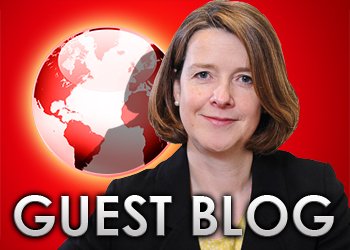 When opportunity knocks, so the saying goes, you’d be unwise to ignore the rap on the door.

Unfortunately under one of the Government’s new electricity market schemes the opportunity to hook up energy end users directly with renewable generators could well be lost.

With forward energy prices likely to continue being volatile through this decade and beyond, Power Purchase Agreements (PPAs) have become an increasingly attractive contract mechanism for large energy users seeking electricity price certainty.

They also appeal to renewable developers looking for long-term revenue certainty to fund their project.

Got a good thing going – but not for long

Direct, long-term PPAs with credit-worthy end users are bankable for many developers – particularly when the alternative is usually market-related or a short-term fixed contract with an utility, leaving them exposed to market risk.

Typically coming with terms of 10 to 15 years, long-term PPAs avoid the risk created by insufficient forward liquidity in the electricity market.

But the structure of the Contract for Difference (CfD) – it asks the generator to match the PPA as closely as possible to the reference price against which settlement payments will be made – could undermine the mutual direct benefits to an end user.

Contracts for Difference could make it tricky to get into PPAs

Under the CfD end-users will be less likely or able to participate in the direct PPA market, losing not only the opportunity to manage their long term price risk but also to procure renewable energy directly from an identified project. The sustainability benefits that flow from this are lost as well.

And as the strike price will be technology specific (wind, solar, biomass etc.), energy producers will typically seek a PPA that best matches their technology, reducing their options to explore alternative pricing mechanisms such as the end-user PPA.

Buyers are understandably frustrated at what they see as a missed opportunity to develop end-user PPAs at a time when this sector is showing growth. An example of such growth being the government procurement service’s own recent news: it has engaged in a 20 year fixed price PPA to save government money through their “Energy for Growth” programme.

What’s more, there are concerns that rather than enhance the PPA market and competition, the introduction of CfDs will instead act as a constraint.

Energy consumers have to look at increasingly complex strategies to manage their future energy costs. Failure to do so will result in profits being wiped off the bottom line – this is a real issue for business and UK competitiveness.

Removing one of their levers for management is ultimately an own goal. It needs to be revisited.

For more insight from Jo Butlin, come see her speak at Energy Live 2013 on Thursday at the London Film Museum.