The former Energy Secretary Nigel Lawson has told ELN climate change policy is “morally bankrupt”. Speaking in an interview with ELN Editor Sumit Bose ahead of the Energy Live 2013 […] 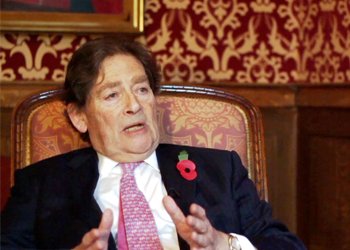 Speaking in an interview with ELN Editor Sumit Bose ahead of the Energy Live 2013 conference today, Lord Lawson said: “We should suspend the Climate Change Act until we get global agreement.”

He also criticised the Government’s energy bill as nothing to do with energy: “Even the strongest advocates admit it is not about energy policy at all. It’s entirely about decarbonisation.”

He said energy firm EDF has had “success” in taking the Government “for a ride” on the Hinkley Point nuclear plant deal.

Lord Lawson said whilst he was in Ed Davey’s post thirty years ago, energy policy was about how you get “the cheapest and most reliable source and supply of energy for British business, industry and households.”

He said the energy bill was instead about “how do you meet the decarbonisation targets” and therefore risked making UK businesses uncompetitive.

Lord Lawson slammed the bill for giving the energy secretary an “unlimited right” to sign contracts with “whichever energy suppliers he wishes to favour” at “whatever strike price he decides,” without any parliamentary scrutiny.

He said the power added “a further layer of uncertainty” to those that are already “inevitable in the business world.”