Carbon emissions were the “highest in human history” last year and by the end of 2013 could hit record levels. That’s according to new research by scientists in the UK, […] 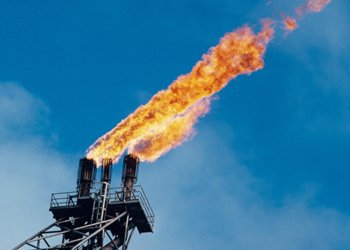 Carbon emissions were the “highest in human history” last year and by the end of 2013 could hit record levels.

That’s according to new research by scientists in the UK, Norway and Germany released today which suggests emissions could hit 36 billion tonnes by the end of the year.

They found carbon dioxide (CO2) emissions from burning fossil fuels and making cement rose by 2.1% in 2012, that’s 58% higher than in 1990 which is the Kyoto Protocol reference year.

Another strand of their research found China was the biggest emitter in 2012 making up nearly a third (27%) of the global total, followed by the United States (14%), the European Union (10%) and India (6 %).

If this year’s emissions end up as the researchers predict, the 2.1% rise will take the world to 61% above 1990 levels.

The timing of the research coincides with the UN’s climate talks in Poland which wrap up this week.

Professor Corinne Le Quéré of the Tyndall Centre for Climate Change Research at the University of East Anglia who led the Global Carbon Budget report said: “Governments meeting in Warsaw this week need to agree on how to reverse this trend. Emissions must fall substantially and rapidly if we are to limit global climate change to below two degrees.”

She added: “Additional emissions every year cause further warming and climate change.”

The Global Carbon Project – co-led by researchers from the University of East Anglia’s (UEA) Tyndall Centre for Climate Change Research – looked at the UN’s Energy Statistics and cement data from the US Geological Survey, the US Department of Energy’s research centre as well as BP energy data.