Chinese and Portuguese firms to invest $2bn in African energy 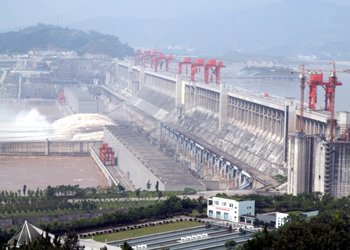 Speaking at the Africa Investment Summit in Hong Kong, Joao Marques da Cruz, Executive Director for EDP said: “Mozambique will be a very important place,” according to the South China Daily Post.

The investment will be split down the middle and will mostly go towards dams built by the Three Gorges Corporation. The firm took its name from the colossal dam it built across China’s Yangtze river – the largest in the world (pictured).

The two firms already have a working relationship. In May last year the Portuguese government sold a 21.35% stake in EDP to the Three Gorges Corporation for €2.69 billion (£2.26bn) – making it the largest shareholder.