EU could put the brakes on Hinkley Point C

Doubts have been cast over the plans for the new nuclear reactor at Hinkley Point C, after the EU Competition Commissioner Joaquin Almunia said an inquiry would probably be launched […] 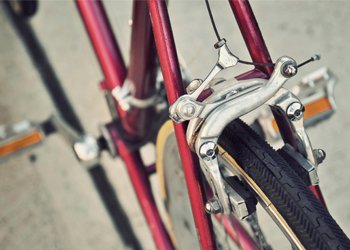 Doubts have been cast over the plans for the new nuclear reactor at Hinkley Point C, after the EU Competition Commissioner Joaquin Almunia said an inquiry would probably be launched into the agreed strike price for the power station.

A deal in October between EDF and the UK Government set the strike price for Hinkley Point C at £92.50/MWh – falling to £89.50/MWh if EDF decided to go ahead with a second nuclear plant at Sizewell.

When asked on Monday whether the 35-year agreement was too long and breached EU state aid rules Mr Almunia said: “We are starting to analyse what is in the British proposal. Probably we will open a formal investigation because many people are asking the same question.”

In a speech in Brussels on the same day he said: “If national authorities eventually decide to support nuclear energy, it will be our responsibility to assess the compatibility of their subsidies under EU competition law on a case-by-case basis and directly under the provisions of the Treaty.”

Earlier this year EU Energy Commissioner Gunther Oettinger described Britain’s plans for long-term nuclear contracts as “Soviet”. Environment Expert Mark Johnston landed himself in hot water after he tweeted the comment, which was meant to be reportedly anonymously under Chatham House rules.

A spokesman for DECC said: “We have always been clear that EDF will only be offered an Investment Contract if it is fair, affordable, value for money and consistent with State Aid rules.

“The UK Government continues to work closely with the Commission on State Aid. It would not be appropriate for the UK Government to comment on an on-going process or on the timescales for approval.”