Chancellor George Osborne has made good on the Prime Minister’s pledge to “roll back” green levies while giving a tax break to shale gas developers. In his Autumn Statement today […] 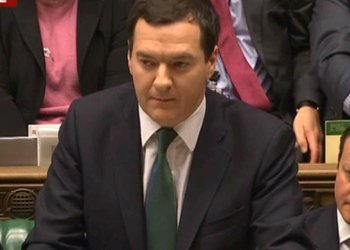 Chancellor George Osborne has made good on the Prime Minister’s pledge to “roll back” green levies while giving a tax break to shale gas developers.

In his Autumn Statement today the Chancellor said the country should not “turn its back” on shale gas, offering to halve tax rates on early profits from shale gas in the UK.

Mr Osborne said: “The country that was the first to extract oil and gas from deep under the sea should not turn its back on new sources of energy like shale gas because it’s all too difficult.”

The Chancellor took aim at the Opposition’s proposal for a price freeze if Labour wins the next election as the party has said it can’t freeze bills if wholesale prices go up.

He said: “We’re also helping families with their energy bills. Not with a transparent con by pretending that we can control the world oil price.

“But instead by focusing on the thing government can and should control: the levies and charges that previous Energy Secretaries piled on bills.”

Apart from this there was no extra detail from the Conservative front-bencher about cuts to green levies which were announced earlier in the week.

Despite rumours of an axe headed for the carbon price floor – a price on carbon emissions paid by large energy users – the carbon tax went unmentioned.

He reiterated past comments by declaring “going green doesn’t have to cost the earth” and revealed next year’s fuel duty rise will also be cancelled: “Instead of petrol taxes going up by 2 pence a litre, they will stay frozen.”