MPs have voted to reject an amendment to the Energy Bill introduced by the Lords to limit emissions from old coal-fired power stations. Under the proposed change the plants would […] 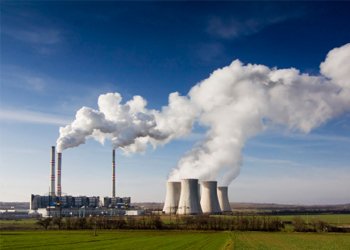 MPs have voted to reject an amendment to the Energy Bill introduced by the Lords to limit emissions from old coal-fired power stations.

Under the proposed change the plants would have been subject to Emissions Performance Standards – which will apply to any new build power stations – unless they used Carbon Capture and Storage (CCS).

As CCS is currently both expensive and untested on a large scale, the amendment would probably have meant early closure for the plants.

Energy Minister Michael Fallon said the amendment would lead to plants being closed without any replacements, making the UK’s energy supply less secure and more expensive, the BBC reported.

A spokesman for the trade association UK Coal said: “We are pleased with the decision of Parliament to reject the Lord’s amendment. This was a vote for common sense which will help keep energy bills as low as possible as coal remains by far the cheapest element of energy mix.

Environmental campaigners, however, were disappointed with the vote.

Greenpeace Policy Director Doug Parr said: “By voting through a loophole in the Energy Bill allowing unabated coal burning in the UK for an extra decade, it has damaged efforts to cut pollution, jeopardised investment in lower carbon energy and ignored the 1,600 premature deaths brought about each year from coal burning.”

“Phasing out coal is the most cost effective way to meet our carbon reduction goals.”

The bill is at a stage known as ‘ping pong’ and with the amendment defeated in the House of Commons it will now return to the House of Lords.  Peers will have to decide whether to accept the defeat or reinsert the amendment.