I miss a lot of things living away from my home back in Nepal – the magnificent scenery, exquisite food, beautiful temples and my family. What I don’t miss however […] 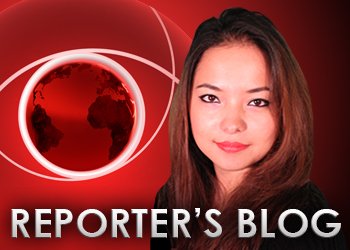 I miss a lot of things living away from my home back in Nepal – the magnificent scenery, exquisite food, beautiful temples and my family.

What I don’t miss however is the amount of ‘load shedding’ hours people there have to cope with. Load shedding is the term used when referring to a power cut. Simply put, it is the interruption in electricity due to the overload of demand.

It’s a common occurrence in Nepal which is pushing the developing country to the Stone Age in this era of modern science and technology.

Having to live without any access to electricity here in the UK for thousands of people over Christmas was a nightmare. How do I cook my Christmas dinner? How do I iron the dress I’m wearing tonight? Or when can I have access to the internet? All are questions that ran through people’s minds.

That was the case for some people for a day or two but picture having to live through it every single day – without an end in sight. Everything needs to be planned.

It doesn’t help now that the number of hours for load shedding in Nepal has risen to a staggering 80 hours a week. And it’s not just householders. Even industrial consumers have been hit – and hit harder – with reports claiming load shedding has been extended to 14 hours a day for them.

Recent media reports also alleged the number of power outages has increased as a result of India ignoring its commitments. They claim India is not granting permission for upgrades of transmission lines that connect the Nepalese grid with its bigger neighbour.

India has however refuted the allegations and claims to have been supplying as much electricity as it can to help reduce the number of load shedding hours.

Now I’m not sure what to believe… perhaps it’s a case of political wrangling. Who knows?

But what’s clear in the developing world, as in western nations, is that power is one of – if not the – key drivers in the growth of economies.