The UK has joined up to 170 countries in New York today to sign the landmark climate deal agreed in Paris last December. World leaders gathered in New York for […] 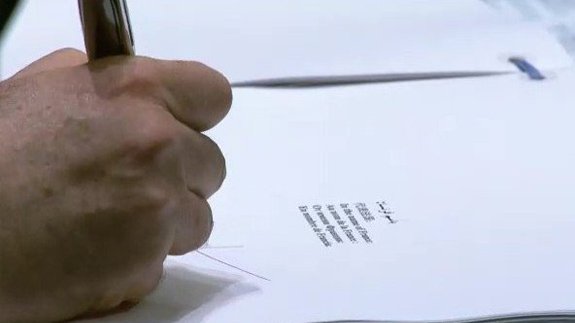 The UK has joined up to 170 countries in New York today to sign the landmark climate deal agreed in Paris last December.

World leaders gathered in New York for the day-long ceremony which was opened by United Nations Secretary General Ban Ki-Moon.

He urged all countries to “quickly join” the Paris agreement to tackle climate change, stating “we are in a race against time”. 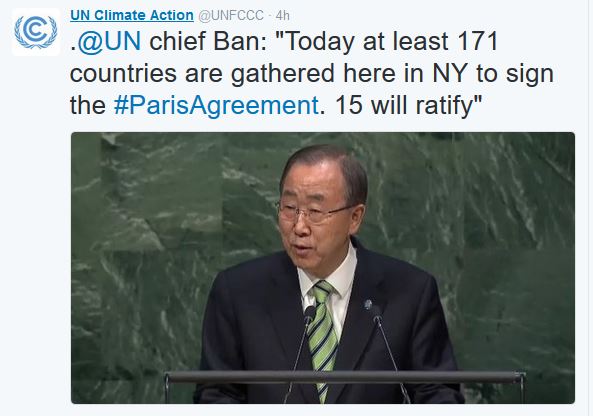 Speaking ahead of the signing ceremony, UK Energy Minister Lord Bourne said: “For the first time ever, the world committed to work together to limit global temperature rises to avoid the worst impacts of climate change.”

In December 195 countries agreed to work together to combat climte change by keeping global temperature rise “well below 2°C”.

Energy Secretary Amber added: “The UK is one of the first developed countries to deliver on a commitment to taking coal off the system, putting an end date on it as part of the action we are taking to cut emissions as cost effectively as possible.

“The global deal reached in Paris was a significant milestone in tackling climate change, helping to safeguard our long term economic security and giving clear direction to businesses as we transition to a low carbon economy.”

French President Francois Hollande was the first country representative to sign the agreement. 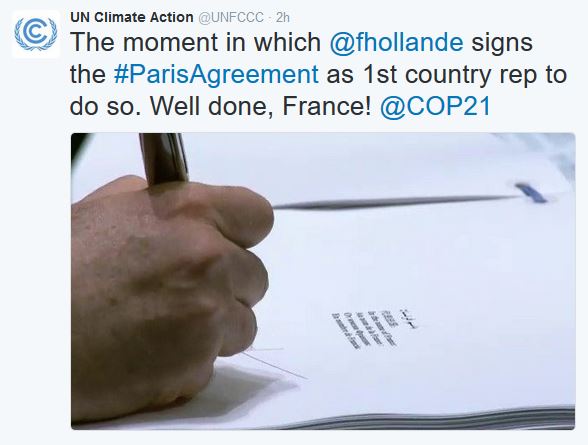 Hollywood actor Leonardo Di Caprio was invited to speak at the event. 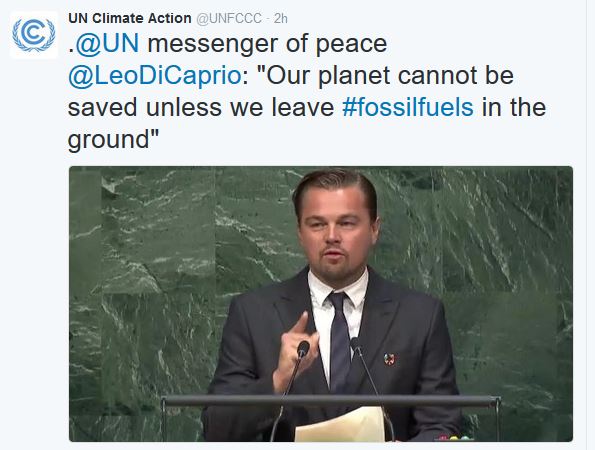 The United Nations Framework Convention on Climate Change stated: ” More than 160 countries have expressed their intention to sign the agreement, designed to put the world on course for strong and decisive action to reduce greenhouse gas emissions rapidly and help all nations build a truly sustainable future for their citizens.”