More than 100 global cities get the majority of their electricity from renewable sources. That’s according to new data from non-profit environmental impact researcher CDP, which reveals 101 cities, including […] 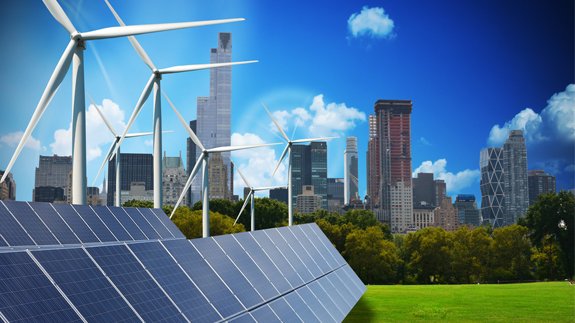 More than 100 global cities get the majority of their electricity from renewable sources.

It adds more than 40 cities, including Burlington, Basel and Reykjavik, are currently operating on 100% renewable energy.

Much of that drive at the city level comes as more than 7,400 mayors joined forces in the fight against climate change.

In the UK, 14 more cities and towns have signed up to the UK100 local government network’s target of 100% clean energy by 2050, taking the total to 84. They include Bristol, Bury, Cleveland and Liverpool City Region.

Around 58 cities and towns in the US in total have also made similar commitments.

Kyra Appleby, Director of Cities at CDP said: “Cities are responsible for 70% of energy-related CO2 emissions and there is immense potential for them to lead on building a sustainable economy. Reassuringly, our data shows much commitment and ambition. Cities not only want to shift to renewable energy but most importantly, they can.”