The Race Bank wind farm is estimated to power more than 500,000 homes 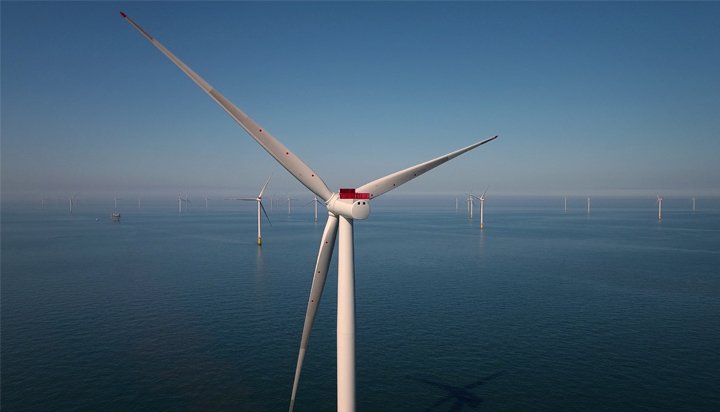 A new offshore wind farm claimed to be the fifth largest in the world is being launched today in the UK.

Covering an area equivalent to 10,500 football pitches, the Race Bank wind farm is located around 17km off the North Norfolk and Lincolnshire coast.

The project has a lifetime of up to 25 years and is expected to employ more than 50 people.

Matthew Wright, Managing Director at Ørsted UK, said: “Race Bank is a hugely significant and innovative project, featuring the first ever turbine blades to be made in Hull and becoming our first wind farm in the UK to be operated using a new Service Operation Vessel.

“Powering over half a million homes every year, Race Bank is another positive step towards delivering the UK’s decarbonised energy system of the future.”