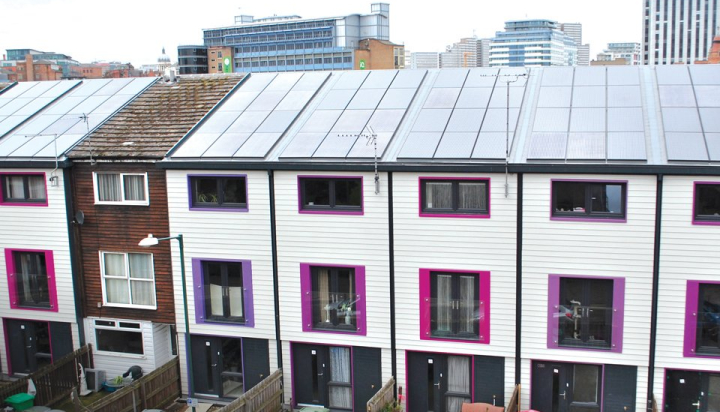 A Dutch-style approach to implementing energy efficiency upgrades across the UK’s housing stock has halved energy bills in trials.

Nottingham was the first city council to pioneer the Energiesprong initiative, which translates to ‘energy leap’ – some monthly energy bills in the city have already dropped from highs of £120 to as low as £60.

The scheme has already been used to radically upgrade the energy efficiency of thousands of homes in the Netherlands and will now target 150 more houses in Nottingham as the next stage of the programme in the UK.

The households will receive new wall cladding, windows and solar panels after the local authority secured more than £5 million in funding from the EU.

The approach aims to refurbish the entire house, rather than implement piecemeal improvements, to bring it up to the high standards needed to meet future carbon budgets.

It is estimated to currently cost around £85,000 per property, a figure that is expected to drop by about £20,000 in the future.

Emily Braham from Energiesprong UK said: “The reason why this appealed to me so much is it gets us to a much better energy performance, where we have to be in 2050. That’s a huge difference to standard retrofit in the UK.”