Renewables down under get pumped up with air-storage tech 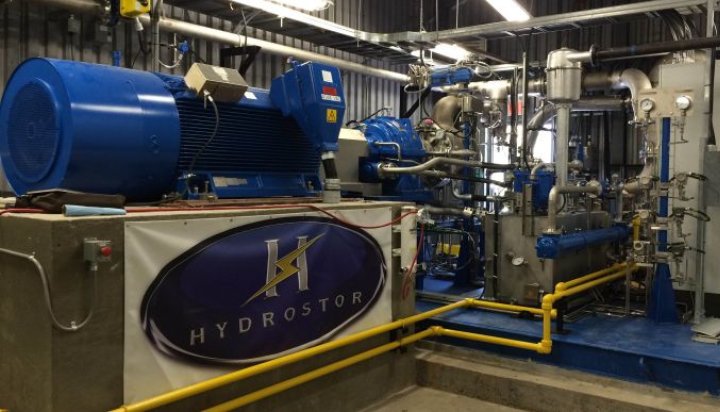 Hydrostor plans to build a 5MW demonstration project located in the exhausted Angas Zinc Mine shaft.

Hydrostor’s method reduces costs by using equipment already developed by the mining and oil and gas industries – unlike some other air-storage ventures, it excavates its own caverns and doesn’t rely on specific geological features, thus avoiding being restricted to a limited number of potential sites.

It says air-storage is much better suited to long-duration storage than lithium-ion batteries.

The company will help pay for the project with a AUD$6 million (£3.3m) grant from the Australian Renewable Energy Agency and a AUD$3 million (£1.6m) award from South Australia’s Renewable Technology Fund.

It suggests the facility will soon enter construction phase and is planned to be completed by the mid-2020s.