Heliogen says its computer-enabled technology has reached temperatures greater than 1,000°C, enabling it to be used in the production of cement, steel and chemicals 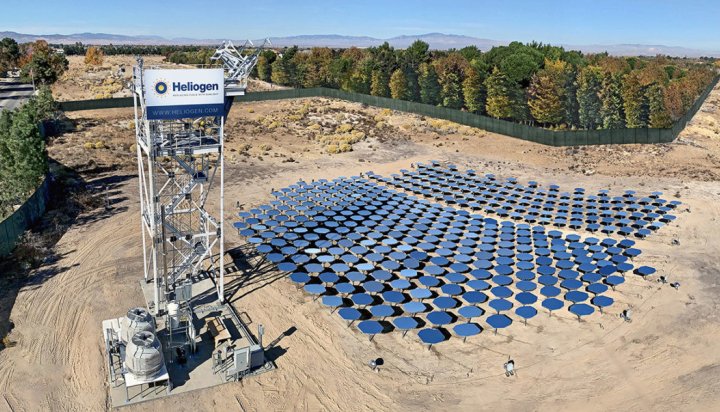 The start-up claims is the first time this has been achieved commercially and says the feat was accomplished at its commercial facility in Lancaster, California – it used advanced computer vision software to accurately align a large array of mirrors and efficiently reflect sunlight onto a target.

Heliogen says previous commercial concentrated solar thermal systems have been designed to reach temperatures of up to only 565°C, which it notes are useful for power generation but “insufficient for many industrial processes”, such as the production of cement, steel and chemicals.

It suggests many of these processes require much higher temperatures, which have traditionally been generated by burning fossil fuels.

In the future, the company aims to reach temperatures up to 1,500°C, at which point it would be able to perform carbon dioxide-splitting and water-splitting to make 100% fossil-free fuels such as hydrogen or syngas.

Bill Gates has invested in the business – he said: “Today, industrial processes like those used to make cement, steel, and other materials are responsible for more than a fifth of all emissions. These materials are everywhere in our lives but we don’t have any proven breakthroughs that will give us affordable, zero-carbon versions of them.

“If we’re going to get to zero carbon emissions overall, we have a lot of inventing to do. I’m pleased to have been an early backer of Bill Gross’s novel solar concentration technology. Its capacity to achieve the high temperatures required for these processes is a promising development in the quest to one day replace fossil fuel.”