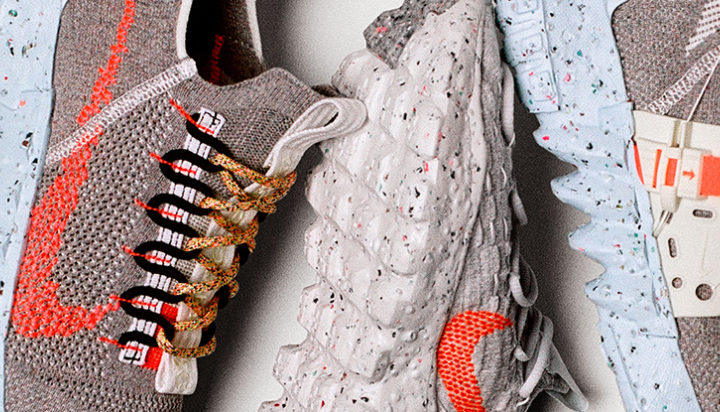 Nike has unveiled a new line of footwear designed to have the lowest carbon footprint of any shoes it has ever produced.

The sportswear and fashion company’s ‘Space Hippie’ trainers are made of scraps of material and yarn found on factory floors, as well as various other forms of waste.

The four models in the collection, named Space Hippie 01, 02, 03 and 04, have uppers made from 100% recycled material, sourced from plastic bottles, unwanted clothing and shredded factory textiles.

The midsole consists of foam taken from the production of other models, which the brand claims to reuse in a manner that roughly halves the carbon dioxide generated compared to in its typical footwear, while the outsole is made from a mixture of standard Nike foams and 15% recycled waste rubber.

“Space Hippie is also an idea. It is about figuring out how to make the most with the least material, the least energy and the least carbon.”