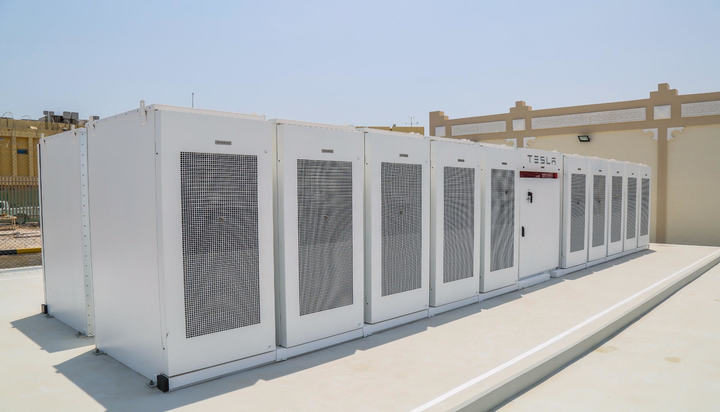 The sole transmission and distribution system owner and operator for the electricity and water sector in Qatar, General Electricity and Water Corporation (KAHRAMAA) has launched a pilot project to store electrical energy using Tesla batteries.

The QR10 million (£2.1m) project, which claims to be ‘the first of its kind’ in Qatar aims to secure production capacity at peak times and enhance energy efficiency and sustainability.

The energy storage units have a power capacity of 1MW and 4 MWh of usable energy capacity.

The firm has collaborated with the EV and clean energy company to connect the batteries to a substation, which in turn linked to local station controlled by the distribution control centre.

The construction of the project took nearly a year and the energy and water operator switched it on during the summer period, which is considered to be one of the highest periods of energy consumption in Qatar compared to the rest of the year.