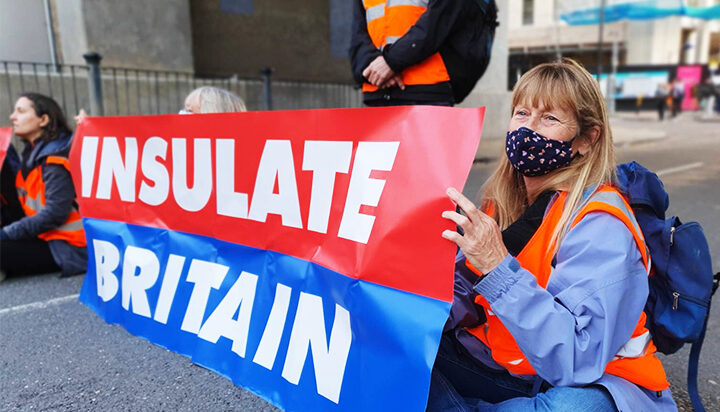 The government has taken out the first nationwide injunction against the climate activists that have been blocking key roads in recent months.

Granted by National Highways, the injunction will ban activities that obstruct motorways and other major roads across the UK.

Any activity that causes damage to road surfaces and infrastructure will be banned and activists will be prohibited from gluing themselves to roads or abandoning vehicles, as has been witnessed in recent weeks.

The injunction will mean anyone who breaches it will face imprisonment or an unlimited fine.

This follows public disdain towards Insulate Britain protestors who have been blocking key roads such as the M25, parts of Central London and other roads.

Transport Secretary Grant Shapps had previously pushed for an injunction for the protestors that blocked the M25 – but this will now stretch to the entirety of the UK.

He said: “We are making use of every avenue of existing law to try to prevent the continued life-endangering action being carried out by Insulate Britain, which is causing intolerable disruption to motorists’ lives and livelihoods.

“This new interim injunction will ban activities that obstruct motorways and major A roads across the entire country.

“On top of the immediate measures we’re taking, the long-term solution lies in the changes to the Police, Crime, Sentencing and Courts Bill which were set out by the Home Secretary, giving additional powers against disruptive protests which target critical national infrastructure.

“This includes unlimited fines and prison sentences of up to 6 months for obstructing highways.”