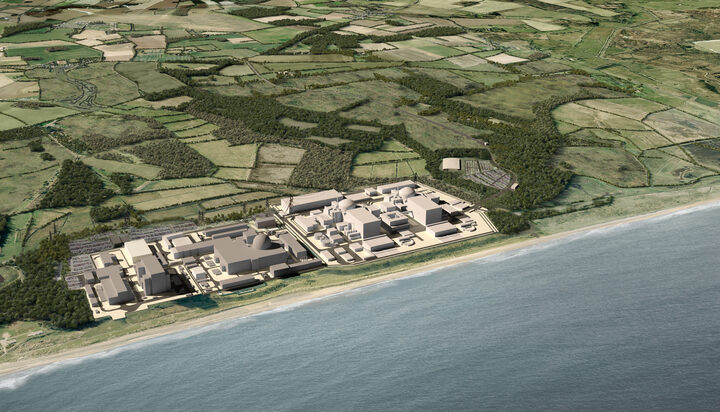 The government has today unveiled a new finance model aimed at reducing the overall cost of new nuclear power stations in Britain.

The Business and Energy Secretary said the Nuclear Energy Bill will use a model known as the Regulated Asset Base (RAB) to fund future nuclear power stations in Britain.

The model has been tried and used to finance other infrastructure projects, such as the Thames Tideway Tunnel and Heathrow Terminal 5.

The main goal of RAB is to increase the pool of British investors and reduce the need for overseas funds.

The move could see China excluded from projects including Sizewell C.

Under the current Contracts for Difference scheme developers have to finance the construction of a nuclear project and only begin receiving revenue when the station starts generating electricity.

Through the new funding mechanism, consumers will contribute to new nuclear power projects during the construction phase.

Consumers are predicted to save more than £30 billion over the project’s lifetime on each new large-scale nuclear power station compared with existing funding processes.

Business and Energy Secretary Kwasi Kwarteng said: “In light of rising global gas prices, we need to ensure Britain’s electricity grid of the future is bolstered by reliable and affordable nuclear power that’s generated in this country.

“The existing financing scheme led to too many overseas nuclear developers walking away from projects, setting Britain back years. We urgently need a new approach to attract British funds and other private investors to back new large-scale nuclear power stations in the UK.

“Our new model is a win-win for nuclear in our country. Not only will we be able to encourage a greater diversity of private investment, but this will ultimately lower the cost of financing new nuclear power and reduce the costs to consumers and businesses.”

In response to the announcement made earlier, a spokesperson for Sizewell C said: “This legislation is a big step forward and will allow us to fund Sizewell C so that it delivers reliable low carbon nuclear power at a lower cost to consumers.

“With the appropriate consents in place, Sizewell C will be ready to begin construction in this Parliament. It is a once-in-a-generation opportunity to create thousands of jobs and training opportunities in East Suffolk.

“Building on the success of Hinkley Point C, it will also deliver another big boost to thousands of supply chain companies up and down the country. 70% of the construction value will go to British companies and the legislation means Sizewell C could be majority-owned by British investors.

“Sizewell C will provide home-grown low carbon electricity to 6 million households and will help to reduce our reliance on energy imports. It will play a key role in helping the UK achieve net zero.”

Cameron Gilmour, the spokesperson for the Sizewell C Consortium, a group of more than 200 leading nuclear suppliers, said: “The government has made a welcome and significant step forward in addressing our future energy needs, by outlining a framework for investment for nuclear in the UK.

“Sizewell C is a project that can start construction in this parliament delivering jobs and apprenticeships, and much needed certainty for thousands of suppliers up and down the country.”

Reacting to the bill’s introduction, Tom Greatrex, Chief Executive of the Nuclear Industry Association, said: “This bill is exactly what we need to cut financing costs and get on with building stations. Consumers will save money, businesses will get more predictable electricity costs, and the UK will save carbon.

“This is also a clear signal to investors that the UK believes in nuclear as a green technology which is essential to our energy transition. We hope the legislation will proceed swiftly as investment is urgently needed.”