Waste crime jailbirds on the rise

The number of people jailed for committing serious waste crimes has nearly trebled in the last three years. But organised gangs continue to dump waste in towns and cities and using […] 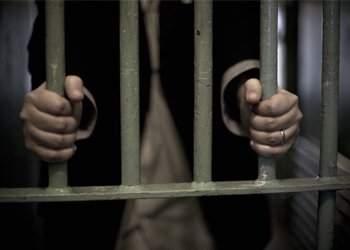 The number of people jailed for committing serious waste crimes has nearly trebled in the last three years.

But organised gangs continue to dump waste in towns and cities and using areas around motorways to run large-scale illegal waste operations.

That’s according to the Environment Agency’s first ever Annual Waste Crime Report, which also reveals 335 individuals and companies were successfully prosecuted in 2011. One businessman sent to prison dumped over one million tyres across England.

In comparison, just six offenders were sent to prison in 2009. The difference signals a big crackdown on illegal waste, with the courts handing out sizeable fines totalling £1.7million in 2011. Assets worth £2.2million were confiscated from criminals who had made money through illegal waste activity.

Despite shutting down more than 750 large-scale illegal waste sites in the past year, the Environment Agency says the number of sites detected has continued to grow because of better intelligence from the new £5million Illegal Waste Sites Taskforce.

Environment Secretary Caroline Spelman said:  “Illegal waste sites are a blight on our communities which I am determined to root out. The new Illegal Waste Site Taskforce funded by Defra means these criminals have nowhere to hide and we will be relentless in tracking them down.”

Head of the Environment Agency’s National Environmental Crime Team Andrew Higham said:  “Waste crime can cause pollution, pose risks to people’s health and undercut legitimate businesses. We are not complacent and there is more to do particularly around cracking down on illegal waste sites.”