Water firms have been attacked for sending big payouts to overseas owners while running up debts in the UK. A new report led by former Chairman of water regulator Ofwat […] 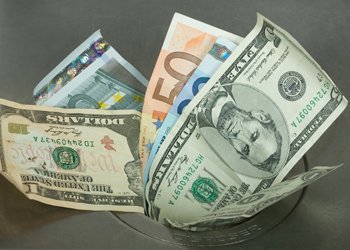 Water firms have been attacked for sending big payouts to overseas owners while running up debts in the UK.

A new report led by former Chairman of water regulator Ofwat argues that since 2005 “prices for water have been too high” because the regulator has been “overestimating” the cost of capital for water companies.

The report claims “many water companies” have taken out large amounts of debt “to artificially increase the risk of their companies and inflate shareholder returns still further.”

It suggests this has led to “very high profits” for water companies and instead of being spent on improving customer service or for investing in infrastructure, this money has been transferred “straight to shareholders”.

Ian Byatt writes in the introduction to the report: “In practice, many companies, especially the private equity infrastructure funds, have paid out excessive dividends to their owners.”

He singled out Thames Water for inspection as is the UK’s largest water company which is part owned by Chinese and Australian wealth funds.

Mr Byatt wrote: “In the case of Thames Water, this has damaged its credit rating, leading to requests to Government for guarantees to enable the company to carry out the Thames Tideway sewerage project.”

The report released yesterday suggests Ofwat should report on the firm’s financial situation to see whether a “more modest dividend” would have allowed it to fund improvements to the river Thames without government support.

Water firms strongly rebutted the claims. A spokesman for the largest water company in the UK, Thames Water told ELN any suggestion that because it has debt it can no longer invest is “absolutely and categorically not true”.

Ofwat said the points raised in the report were “not a new issue” and it has been consulting on how it regulates over the last three years.

Partly it has got prices wrong because the cost of debt has been lower than expected, inflation has been higher than anyone predicted while household incomes have gone down.

An Ofwat spokesperson said: “We are changing a culture to get companies to take more responsibility for their plans and listen to their customers, not simply tick regulatory boxes. We have also challenged the sector to become more transparent to make sure companies maintain their legitimacy with their customers.”