Up to £110 billion worth of investment for new electricity infrastructure in the UK will be delivered by 2020, the Government claims. It published the draft Electricity Reform Delivery Plan […] 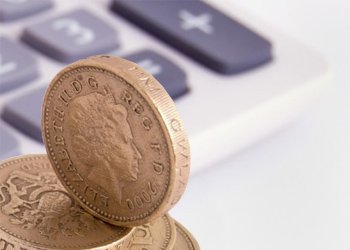 Up to £110 billion worth of investment for new electricity infrastructure in the UK will be delivered by 2020, the Government claims.

It published the draft Electricity Reform Delivery Plan for consultation today, pledging it will provide further certainty for investors to support new energy infrastructure in the hope of keeping the lights on and bills and emissions down.

The Government claims the EMR, which is part of the Energy Bill, is expected to lower annual household electricity bills by an average of £63 or 9% and between 10%-11% for businesses between 2016 and 2030.

The announcement comes a day after energy company npower published a report predicting average annual energy bills will rise by around £240 by 2020, largely due to a result of government policies, which the Government denied.

Energy Secretary Ed Davey said: “No other sector is equal in scale to the British power market, in terms of the opportunity that it offers to investors and the scale of the infrastructure challenge. The Delivery Plan will provide investors with further certainty of Government’s intent so that they can get on and make crucial investment decisions that are supporting green jobs and growth.”

The draft provides detail on the Contracts for Difference (CfDs), which will guarantee power prices for low carbon generator and is expected to support investment by removing commercial risks such as wholesale price risk. DECC claims CfDs will help save around £5 billion up to 2030 and support around 250,000 jobs across the energy sector.

Draft strike prices for investing in renewable energy have also been provided from 2014-2019, which is expected to contribute around 30% to the UK’s power mix by the end of the decade. Biomass power stations, however, will not be supported under the new subsidy regime and support levels for nuclear and carbon capture and storage (CCS) have yet to be set.

Mr Davey added: “The strike prices we have set will make the UK market one of the most attractive for developers and investors in renewable energy. It is necessary to support technologies in the early stages of their development but we are looking all the time at how we reduce the costs for consumers.”

Earlier this year Scotland’s Energy Minister Fergus Ewing said the UK’s EMR is risking thousands of jobs and investment in the offshore wind industry. Representatives for nuclear power, renewable energy, suppliers, CCS and heating firms also called for the Government to open up the planning meetings for the EMR to many more in the industry.